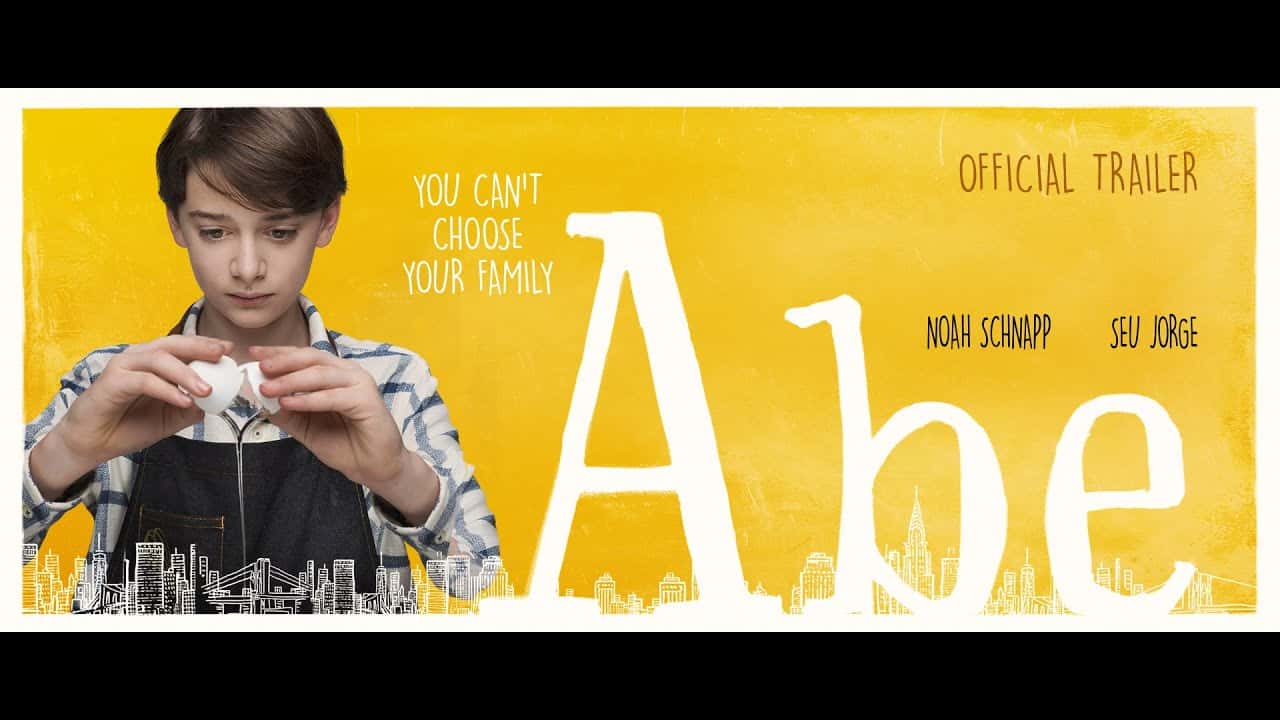 From the director and writer Fernando Grostein Andrade comes a delightful and emotional romp that’s more flavorful than it seems. Abe offers up equal helpings of heartwarming comedy, and tear-jerking emotion, but is seasoned by its unique visual language and high quality acting.

Abe follows the tale of the titular Abe (Noah Schnapp) , a young boy from Brooklyn with a passion for the culinary arts. He, however, frequently comes into conflict with his family, a bitter blend of Israeli Jews and Palestinian Muslims that will argue over the most inconsequential of things. They even discordantly sing Happy Birthday to him in three separate languages. Abe finds solace in the kitchen of the renowned Brazilian chef Chico (Seu Jorge), volunteering for the man after abandoning a ridiculously easy cooking summer camp. Utilizing the techniques Chico teaches him, Abe endeavors to bring his inharmonious relatives together over an American/Middle Eastern fusion meal. What follows may, at first, be written off as a derivative coming-of-age film. What really gives this film a flavor of its own are its outstanding visual techniques and emotional performances.

Andrade’s technical prowess sets this film apart. It is apparent that he has a keen eye for editing and cinematography, employing age-old techniques in creative and unexpected ways. Both the editing and effects shots embody the culture of today’s youth, a generation thrust into a tech-savvy and fast-paced world. This is exemplified by the fast paced editing and effects shots patterned off of internet memes and social media culture used to represent Abe’s internal state. Andrade utilizes the Japanese technique of pillow shots during quiet moments throughout the film, lending these moments a slower, more relaxing pace.

Andrade’s cinematographic prowess is especially evident whenever the camera is made to focus on the object of Abe’s passions; food. Food is treated to slow, almost sensual close ups and pans and tends to be the most colorful thing in frame. Food also becomes an extension of character. Chico is introduced through a slow pour of ice cold lemonade and sizzling acaraje (Brazilian falafel) frying in oil. Abe’s struggle to define his own identity is embodied in his many attempts at fusion cuisine.

Presentation alone doesn’t guarantee a delicious dish. The heartfelt and emotional performances of the film’s cast are perhaps the most important ingredient in Abe. Noah Schnapp convincingly conveys adolescence with all its emotional hurdles. Abe is passionate and exuberant, yet struggles to be taken seriously by his family. Abe’s mother and father (Dagmara Dominczyk and Arian Moayed) have great antagonistic chemistry that is only amplified by the witty and often humorous dialogue this film supplies. Seu Jorge serves as a sort of ‘Mr. Miyagi’ to Schnapp’s ‘Daniel LaRusso’. The synergy between these two actors creates a heartfelt father-son dynamic, one missing from Abe’s relationship to his parents.

Only one ingredient in this otherwise delectable film leaves a sour taste in my mouth. Gui Amabis’s musical score, though stylish and cheerful, tends towards the loud and melodramatic. There are several sequences that could have been more emotionally resonant with a softer soundtrack; they are made outright distracting by the over-the-top score. At times the score is too loud, sometimes overpowering dialogue. This film’s score is not without its merits, as its upbeat and exotic rhythms lend themselves to scenes of Abe fully immersing himself in the culinary world.

Abe, like the food he serves his family, is both beautiful and satisfying. Though firmly rooted in the coming-of-age genre, Andrade’s expert mastery of the film’s innately visual language provides a gorgeous feast for the eyes made all the more appetizing by the beautiful performances of its cast. Supplying equal amounts of drama and laughs, Abe is a dish sure to satisfy everyone at the table.

Abe is available on DVD from Amazon, and here on our website! It is also available to stream on all major platforms.