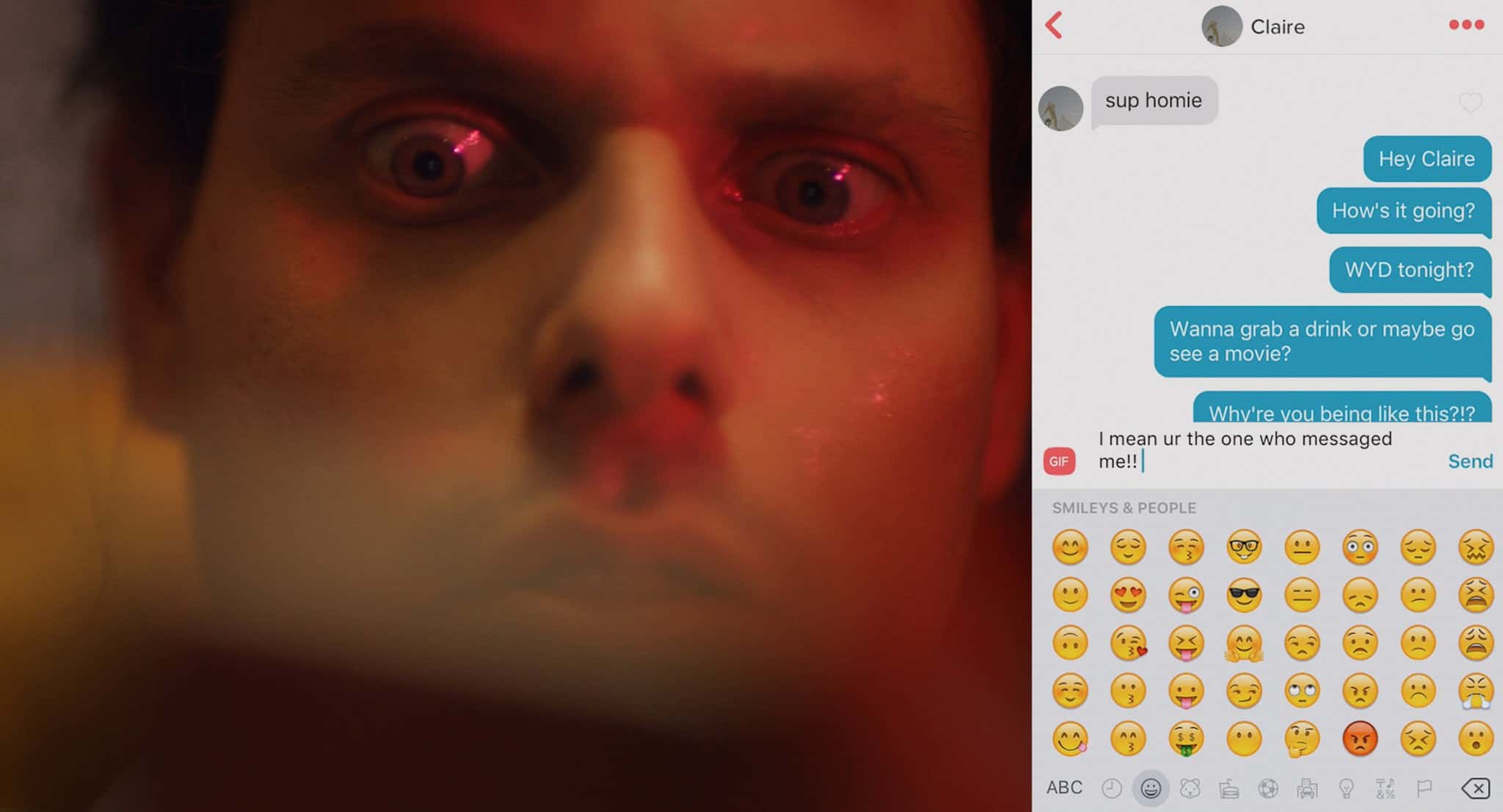 Review: In ‘Wobble Palace,’ a Relationship Hangs by a Stringy Toupee – NY Times

It isn’t often that a hairstyle becomes the conduit for a film’s soul. In “Wobble Palace,” a comedy that centers on the trials of try-hard millennials, Eugene (Eugene Kotlyarenko) and Jane (Dasha Nekrasova) are a couple in the death throes of their relationship. They see other people, but they haven’t broken up because neither wants to move out of the apartment they share in downtown Los Angeles — an art-freak crash pad with AstroTurf carpets and curtains printed to look like a crowded Windows desktop, complete with the ubiquitous grassy knoll.

To satisfy their desire for time to themselves, they decide to split the apartment over a weekend. Eugene’s day comes first, and he begins it by swiping through Tinder on the toilet. It would be impossible to miss that Eugene is balding. Around the shiny dome of his forehead, his remaining hair passes his shoulders. By the time Eugene’s date appears for brunch, he has fashioned a hair piece that is as fantastic as it is foolhardy: He wraps his stringy fringe into a bun and fastens it above his bald spot. It’s a style he calls the “floating toupee.”