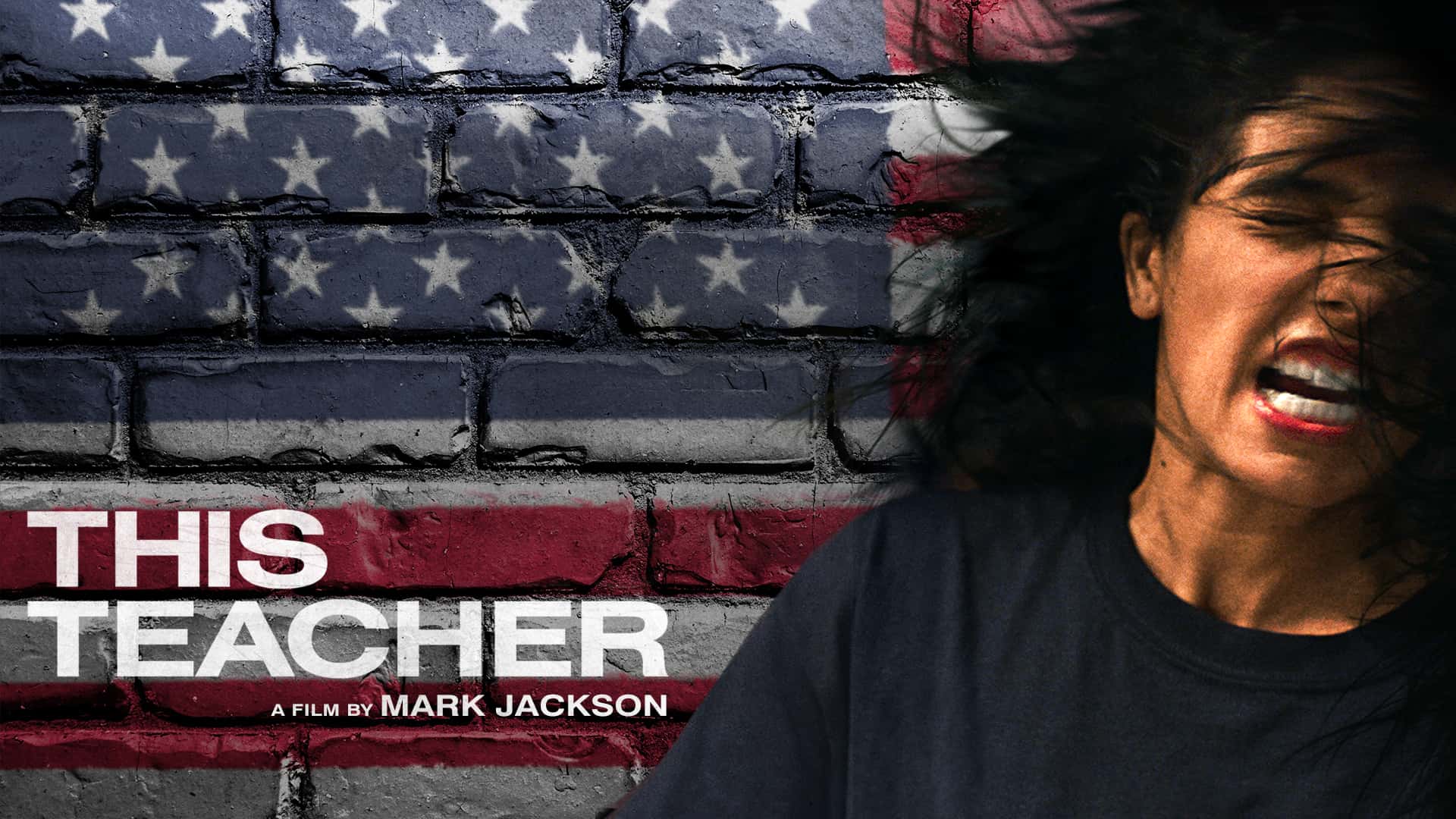 Originally posted on The Hollywood Reporter

A French Arab has a breakdown during a trip to New York in Mark Jackson’s psychodrama.

A strangely provocative film balanced between social parable and psychological horror, Mark Jackson’s This Teacher watches a woman having a breakdown in a world that insists on denying its own madness. Apparently the final part in a thematic trilogy about women in mental distress — its predecessor was 2014’s Catherine Keener-led War Story — this one increases its protagonist’s stress level by making her a Muslim visiting the United States for the first time. Uncomfortable and category-defying, it will be a tough sell for marketers, who are exploiting Reed Morano’s exec producer credit in key art as “from the executive producer of The Handmaid’s Tale.” (Morano was DP on War Story.)

French actress Hafsia Herzi, who played a Libyan refugee in the previous film, here plays a French Arab named Hafsia who has just arrived in New York to visit childhood friend Zahra (Sarah Kazemy). A tomboy when they were both in Paris, Zahra has embraced a glitzy actor’s life in the States, calling herself Sarah because “it’s easier” and moving in with an older white man who’s rich.

A party on the night of Hafsia’s arrival illustrates the chasm that has opened between the friends. Heavy-lidded Hafsia (is that jet lag, contempt or depression?) barely endures party chatter in which white guys advertise their sensitivity — sometimes bizarrely, as when Zahra’s boyfriend observes how great it is that she is up for a role playing a tough Latina. (Watching her run lines later with her French accent, we see how ridiculous this prospect is.) The sequence tells us much about the characters, but may also be a weird kind of pre-empting of complaints that this story of a Muslim woman has been directed and co-written by a white dude. Whether that’s effective or not, the picture never condescends to its protagonist.

Hafsia has already complained to Zahra about feeling overwhelmed by life — too many people, too much noise — and Zahra is subconsciously recoiling, as if this vulnerability might be contagious. The two spend more time apart, and Hafsia winds up slipping away from the city, seeking isolation in a rental cabin upstate. There, her mind is free to experience its brewing turmoil in a purer way.

By this point, viewers will be anticipating various kinds of horror. Jackson’s subtle cues open the gates to everything from racism and rape to psychosis and even the supernatural; yet the suspense doesn’t feel as grab-baggy as that sounds. While his and Dana Thompson’s story should be left unspoiled for viewers, it won’t surprise anyone to hear that a solo Muslim woman in rural America — especially one whose behavior has become erratic — has edgy interactions with white folks (played memorably by Lev Gorn, Lucy Walters and Kevin Kane).

It’s hard to call this a character study, given how incoherent Hafsia’s mind has become. But Herzi makes the woman’s experience compelling through highs, lows and moments of blankness. Dialogue in her most manic moments suggests hallucinatory transcendence — she believes she has become the forest; she declares that “I am a verb. A verb.” But there’s a lot of fear in there as well, and a lack of recognition of the ways (both justified and not) she may inspire fear in others. The film’s title (an irony-laden reference to a T-shirt Hafsia wears) suggests lessons to be learned. But if any characters leave this film wiser than they were at the start, it’s an unenviable kind of growth.

This Teacher is available now to stream on all major platforms including iTunes, Google, Vudu, and Fandango Now!